After the huge success of the original Cars game from Disney the prospect of trying out and reviewing the all new edition of the game was incredibly interesting and we just hoped that this game would live up to the reputation of the previous game. We are glad to say that we were totally right as the new Cars 2 title takes the series to whole new levels of fun and excitement which will be sure to have fans of the series coming back for more again and again.

The aim of the game is to lead your group of cars against many other racing teams in the world car racing championship as you battle it out for the title of being the worlds greatest racing driver. We found the game play to be completely revolutionary and much better than the previous game in more ways than one and this is what makes this game so good. The beautifully created graphics from the team at Disney deliver one of the most eye catching group of visuals we have seen to date and the cars and locations are so realistic it could be quite easy to forget you were playing an animated game.

This is a Brilliant all round game which we are sure will have fans of the racing genre beaming with happiness and enjoyment.

We have compiled a Review System for this, of which Cars 2 is Rated as Five Stars, the highest possible score from the Game Review Team. 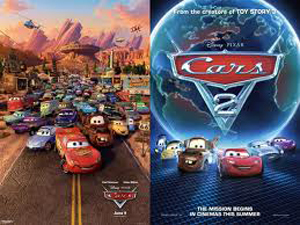