The 2021/22 Premier League season has seen Manchester City and Liverpool enjoy a typically heated title race.  While teams like Chelsea and Arsenal have also shone brightly in their quest to secure a Champions League spot. All of these teams owe plenty to some of the star midfielders in the team and this article focuses on the best players for that position when it comes to the entire division.

In order of Rank with the first one listed being in first place!

What is left to say about Kevin de Bruyne that hasn’t been said already.   The only small criticisms that you can make about the Manchester City midfielder is that he’s somewhat injury-prone.  And that he has so far failed to guide his club to Champions League glory. However, football is a team game and the Belgian generally holds up his end of the bargain with some dazzling performances.

The 30-year-old is often described as the complete footballer and it was his virtuoso performances that persuaded Jack Grealish to sign for the club last summer. At the time of writing, he has steered City to three Premier League title successes.  And also claimed a host of individual awards, with a Ballon d’Or potentially on the cards before he hangs up his boots.

Having been an assist and goals machine over the past two seasons, Kevin De Bruyne has won the PFA Player of the Year award on consecutive occasions.  With the former Wolfsburg player committing his long-term future to the north-west club and he is undoubtedly best in class when it comes to midfielders in the English top flight. We would like to thank Manchester City for use of the players image above. 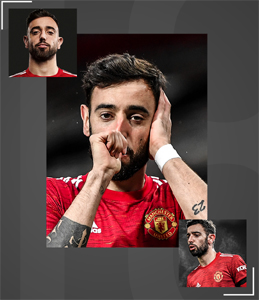 We have to talk about Bruno. The Manchester United midfielder might have often cut a frustrated figure at Old Trafford during the 2021/22 season.  Although Bruno Fernandes has recently signed a new deal at the north-west club.  And it looks like the incoming manager will build a team around a player whose best years could be ahead of him.

The 27-year-old is entering a stage of his career which is clearly going to be definitive and Bruno recently helped Portugal reach the FIFA 2022 World Cup. During his first full season for Manchester United, Fernandes amassed twelve assists and he’s racked up six and counting during the 2021/22 campaign.

It’s clear that the arrival of compatriot Cristiano Ronaldo has affected the balance of the United team although Bruno is likely to hit a double figure tally of goals for the Red Devils.  Even if he’s no longer on spot kick duties for Manchester United. We would like to thank Manchester United for use of the players image above. 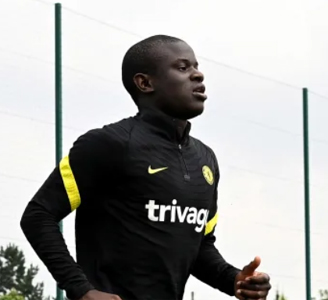 Sometimes you need to measure midfielders by using lots of different variables. While goals and assists will always count for something, N’GoloKante is more of an engine room player.  And that means the Frenchman can chiefly be found  operating in front of the Chelsea defence and snuffing out any opposition attacks in the process.

N’Golo Kante was a revelation for Leicester City during the 2015/16 season and a chief reason why the Foxes were able to pull off a 5000/1 miracle for Claudio Ranieri’s side. A move to Stamford Bridge quickly followed and the quietly-spoken French international was able to win the title at the first time of asking.  Winning the PFA Player of the Year award in the process. We would like to express our gratitude and thanks to Chelsea FC for use of the players image above.

While Fantasy Premier League managers will never be flocking to sign the 31-year-old who remains an important part of Thomas Tuchel’s squad at Chelsea, this is a reliable player who makes his team look a lot more assured when he’s on the pitch. His five-year deal signed in November 2018 made him the club’s highest paid player at the time. 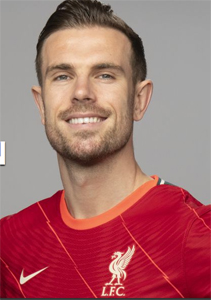 You can make the argument that Fabinho is just as important a midfielder for Liverpool in their quest for major honours, although that would be missing the point. Jordan Henderson has had the tricky job of following in the footsteps of Steven Gerrard.  Although a Premier League winners’ medal and a Champions League success suggests that he’s done a good job in that department.

Henderson also had to win over the fans during the early part of his Anfield career, although the captain is now the ticking heartbeat of the team when he’s on the pitch. His drive and desire to win is unrivalled and the former Sunderland midfielder has the ability to pick a pass along with scoring the occasional goal. Why not take a look at our online and independent football game reviews.

Henderson is one of several players that will hope to line up for England when it comes to the 2022 World Cup and we’re excited to see what he can help Liverpool win come the end of the 2021/22 season. Our team would like to thank Liverpool FC for use of the players image above. 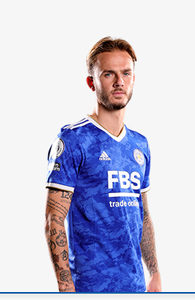 Maddison is somewhat injury-prone which is a great shame as he has still managed to push towards a double-figure goals tally for Leicester City during a difficult 2021/22 season. The former Norwich City midfielder is simply a quality central attacking midfielder.  With eight goals making him the second highest scorer for the campaign in a Foxes shirt behind Jamie Vardy.

Maddison has prowess from free-kicks and is capable of picking out a mean pass, with the 25-year-old unlucky not to have added to his one England cap which has been earned so far. Perhaps the 2022 World Cup will come too soon for him, although he’ll certainly be looking to stake a claim in the future.

It’s crazy to think that Riyad Mahrez combined so well with Jamie Vardy to help Leicester score the goals that would win them the 2015/16 Premier League title. The Algerian’s breakthrough season at the King Power Stadium led to Manchester City swooping for his signature.  And he’s enjoying arguably his best campaign to date despite being used somewhat sparingly by Pep Guardiola. Some betting pundits shy away from placing bets with this player, due to the inconsistant game time he gets.  If you would like to learn more about this and other betting materials, check out the WhatAcca.com football sites for bets for more knowledge in this area.

Unless your name is Kevin de Bruyne, you have to get used to a modest amount of game time at the Etihad Stadium.  Although Mahrez has performed consistently well when handed the opportunity. He has hit a double figure tally in the Premier League and has also created four goals, with Guardiola trusting him to take spot kicks when on the pitch.

If Liverpool are all about their forwards aiming to help them win silverware, then Manchester City have the attacking midfielders to match them. Phil Foden had to spend several seasons waiting in the wings for an opportunity to shine.  Although the Stockport-born winger has now cemented his place in the first team and he could yet help the Cityzens to a first European Cup title.

Foden has all the attributes to become a Premier League great. He has seven top-flight goals this season and can often be unplayable out on the left flank, with the 21-year-old only going to improve and deliver bigger numbers as the manager puts his faith in a player that has a rapid burst of acceleration and an eye for goal.

Not all midfield heroes wear capes, nor do they assist or score goals on a regular basis. Declan Rice fits into that bracket.  Although this is someone who is close to entering West Ham United folklore at a very tender age. The 23-year-old has not only become the first name on the Hammers team-sheet but someone who looks undroppable in a Three Lions shirt.

Rice is one of the few bankers who will line up for England when they compete in the 2022 World Cup.  With the former Chelsea trainee having made over 50 interceptions in the Premier League this season and he’s always the subject of transfer speculation linking him to a bigger club.

He has already represented England on 28 occasions and looks set to become captain of his country at some point down the line. His ability on the ball and command of the midfield area mark him out for greatness.

Philippe Coutinho only arrived at Aston Villa in January but the Brazilian has already established himself as a firm favourite at the Birmingham club. It hasn’t always been the smoothest of careers for a 29-year-old.  Who has found himself surplus to requirements at Barcelona since making a move from Liverpool to the Catalan club in 2018.

However, Coutinho was regarded as world-class when he left Anfield and some of his performances for the Villans have been eye-catching. Let’s not forget this is someone who has represented the Brazil national team on 67 occasions.  Scoring 20 goals and he’ll be looking to revive his international career soon. Why not take a look at the Game Reviews alternative Top 10 games list for something alternative to this list.

There are lots of contenders for the top ten midfielders, with Paul Pogba, YouriTielemans, Fabinho, Mateo Kovacic and Jack Grealish getting an honourable mention. However, the performance level of Bukayo Saka has been outstanding this season and the English winger is directly responsible for Arsenal’s lofty position in the Premier League table.

Bukayo Saka has scored nine goals and assisted on five occasions, with the England midfielder having operated mainly in a wide right position. He’s one of the fastest players in the top-flight and has really improved on the finishing front. It’s incredible that he’s shown so much resilience after missing a penalty for England in the Euro 2020 final.

We expect Saka to become the main man for Arsenal over the years and he’s certainly a player that the Gunners will want to tie down to a long-term contract. Along with Gabriel Martinelli and Emil Smith Rowe, there is lots to like about the attacking players at the club.

> Back to the Game Reviews homepage