Backbreaker is an all new American football game that has been critically acclaimed by many of the worlds leading critics as the best game of its kind ever created. After playing many hours on this game I can see exactly what the critics are talking about as this is by far the best American football game I have ever had the pleasure of playing and it is awesome in every way.

We have also compiled a Review System for this, of which Backbreaker is Rated as Five Stars, the highest possible score available from the Game Review Team. 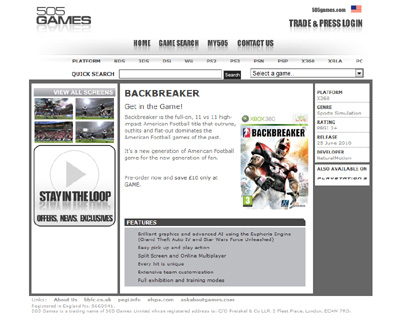