Dark Souls is a really good game from the team at Namco Bandai and it is very good in many ways such as its graphical content and slick game play engine. The game has an excellent story line and is quite addictive but I found that due to the numerous controls and special moves that I soon became disheartened by the complexity of the controls whilst in full battle.

We have also compiled a Review System for this, of which Dark Souls is Rated as Three Stars, the third highest possible score available from the Game Review Team. 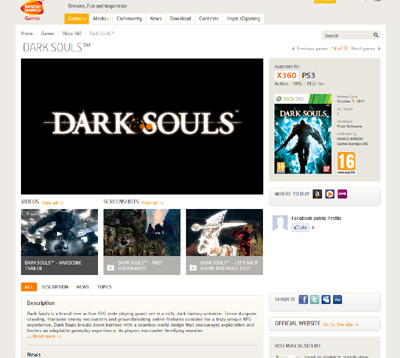