Dead Rising 2 is the second edition of one of my favourite games of all time and this new edition does not disappoint in any way, shape or form as it is simply fantastic. The game has much improved graphics from the first game which I did not think was possible and also an all new story which is slightly better than the original which again was shocking for me. I thoroughly enjoyed playing this game as much as the original and would highly recommend.

We have also compiled a Review System for this, of which Dead Rising 2 is Rated as Five Stars, the highest possible score available from the Game Review Team. 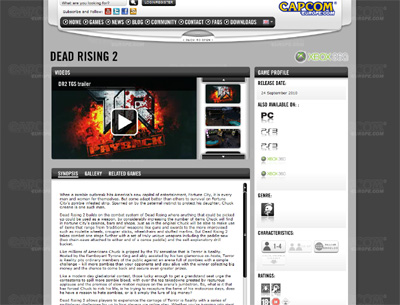