Def Jam Rapstar is by far the worst game I have ever had the misfortune to play which deeply disappointed me as I had high hopes for it when I first received it. The game just seems to go nowhere and seems pointless and the only thing that is really worth anything on the game is the effort that has gone into the graphical content. if it was not for this the game would have had a big zero stars from me which is a shame all round.

We have also compiled a Review System for this, of which Def Jam Rapstar is Rated as One Star, the worst possible score available from the Game Review Team. 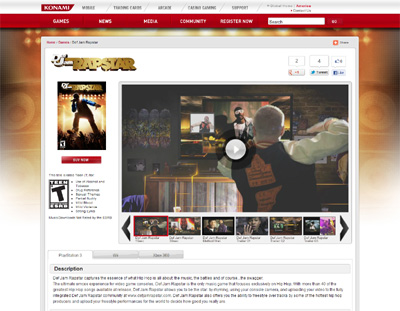 The Website address for Def Jam Rapstar is: http://www.konami.com/games/def-jam-rapstar