Dynasty Warriors Strikeforce is the all new edition from the extremely popular and worldwide successful gaming franchise from Koei Games. The game has excellent graphics and really smooth game play which really helps implement the games story line perfectly and I can honestly say it is one of the most addictive games I have ever played.

We have also compiled a Review System for this, of which Dynasty Warriors Strikeforce is Rated as Four Stars, the second highest possible score available from the Game Review Team. 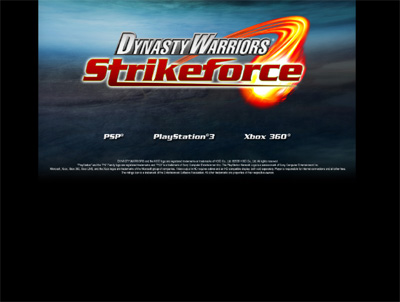 The Website address for Dynasty Warriors Strikeforce is: http://dynastywarriorsstrikeforce.co.uk/