Earth Defence Force: Insect Armageddon sees the return of the vicious bugs to Earth and we must battle them to ensure the survival of our race. The game is very addictive in every way and had myself and a couple of my fellow reviewers glued to the screen for hours when we first received it. I really liked this game and cannot wait for the next edition to be released and hopefully it will top this one.

We have also compiled a Review System for this, of which Earth Defence Force is Rated as Five Stars, the highest possible score available from the Game Review Team. 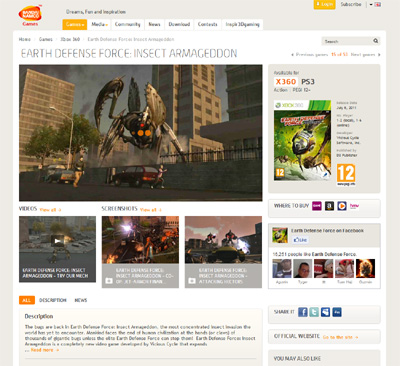 The Website address for Earth Defence Force is: http://www.uk.namcobandaigames.eu/product/earth-defense-force-insect-armageddon/xbox-360