The latest instalment of the hugely popular and successful F.I.F.A Manager series is nearly upon us and we had the chance to review F.I.F.A Manager 13 first hand last week at the EA Sports preview event and what we saw was remarkable. The game has been improved so much since last year’s edition and we have to say it has to be the best football management game we have ever seen due to this fact.

The game obviously contains all of the latest football squads and teams and offers the gamer the chance to compete in all of the world’s major football competitions both domestically and internationally. The game runs beautifully in all aspects with pin point graphics and fluent game play that makes the whole process of playing the game so much more enjoyable when compared to last years edition.

There have been many new features added this year such as the ability to take full control of your clubs finances and sponsorship deals as well as stadium renovations and improvements. Overall this game is a football masterpiece and we can see it doing extremely well across the gaming world and we cannot wait to see how it does when it finally hits the gaming marketplace.

We have compiled a Review System for this, of which F.I.F.A Manager 13 is Rated as Five Stars, the highest possible score from the Game Reviews Team. 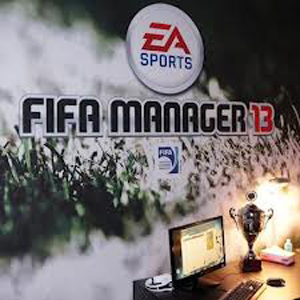