Fighters Uncaged is the all new mixed martial arts game that the whole of the gaming world has been talking about and after playing it I can see exactly why. The game itself is littered with some of the most realistic graphics I have ever seen and really uses them well to achieve its goals. The fighting system within the game is very easy to pick up and you will find that within fifteen minutes you will be fighting like a true professional. Great game all round, well done Ubisoft.

We have also compiled a Review System for this, of which Fighters Uncaged is Rated as Five Stars, the highest possible score available from the Game Review Team. 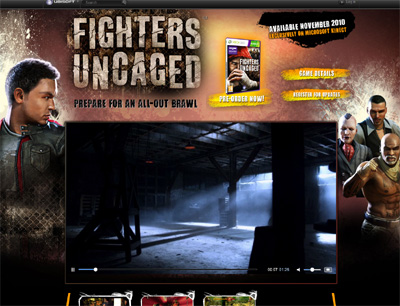