Madden NFL 2011 is one of the finest American football games the world has seen and what it lacked in game play it more than made up for in graphical quality. The only downfall of this game is that EA Games changed the controls for this edition and they did not work as fluently as the previous ones and this is the only fault I have found with this game.

We have also compiled a Review System for this, of which Madden NFL 2011 is Rated as Four Stars, the second highest possible score available from the Game Review Team. 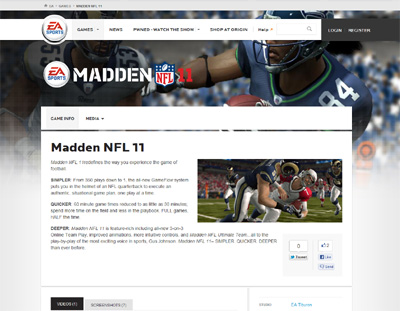