Michael Jackson The Experience is a game I was quite excited to receive and at first I found it to be relatively ok as it had very good graphics and the sound quality was very good also but the more I played it the more I began to dislike the game. I found the game as a whole not very innovative and was very much like every other dance based game that is available on the market today which was a real let down. The game became very predictable after a couple of hours so I lost any type of enjoyment from that point.

We have also compiled a Review System for this, of which Michael Jackson The Experience is Rated as Two Stars, the second lowest possible score available from the Game Review Team. 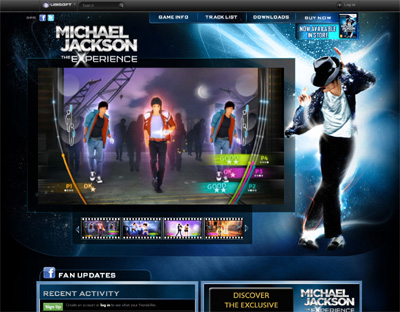