Prince of Persia Two Thrones is quite an interesting edition of this long running series that in many ways is far superior to all of the other titles in the series. The game is filled with beautiful scenery and graphical content which is run by one of the smoothest game play engines I have ever seen. Great game and I would certainly recommend to you all.

We have also compiled a Review System for this, of which Prince of Persia Two Thrones is Rated as Four Stars, the second highest possible score available from the Game Review Team. 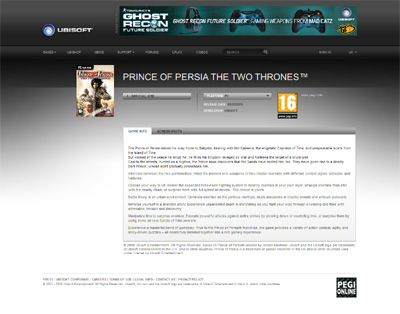