Rock Band 3 is a very disappointing game for me as I found it very confusing and quickly bored of its concept as it just simply did not go anywhere. The graphics on the game are very good but it is the whole process of playing the game that lets it down considerably.

We have also compiled a Review System for this, of which Rock Band 3 is Rated as Two Stars, which is a poor result from the Game Review Team. 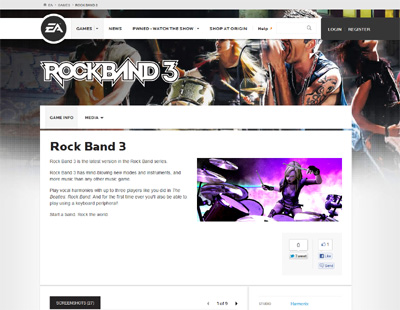