Rush N Attack is set during the cold war where operatives from the CIA and KGB fight it out for the information that could give them the advantage in the secret war of position. The game has many great stories enclosed within it and also has some of the best graphics I have seen in a game of this kind. I really enjoyed playing this and would recommend to all.

We have also compiled a Review System for this, of which Rush N Attack is Rated as Five Stars, the highest possible score available from the Game Review Team. 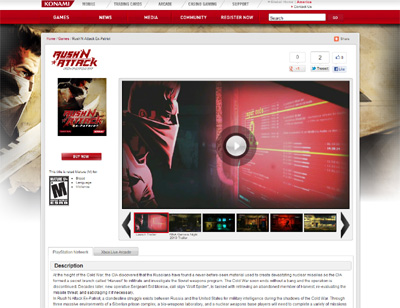