Shoot Many Robots is the all new adventure platform game that has been critically acclaimed as arguably the best game of its kind to ever be released. The game takes players on a journey of robot blasting fun as you attempt to negotiate the very levels that are set out before you and to destroy as many of the troublesome robot hordes as you possibly can.

We have also compiled a Review System for this, of which Shoot Many Robots is Rated as Five Stars, the highest possible score available from the Game Review Team. 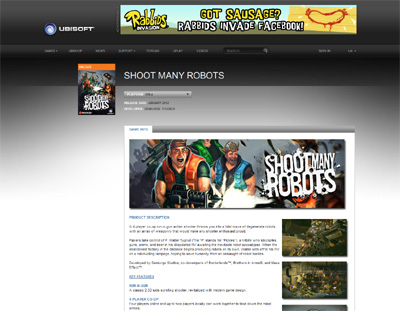 The Website address for Shoot Many Robots is: http://shootmanyrobots.com/