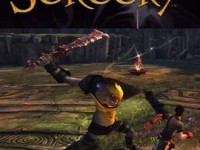 Bringing the Playstation 3 move into a whole new level, The Sorcery Game now entitles you to be “in” the game so that you can feel the movement of your action player and be able to be passionate with your weapons whilst you control every aspect of the game with your hands.

This action adventure games is definitely one of our favourite games that our team has reviewed, just for the simple fact we can use the Playstation Move and control the game ourselves so that we can feel the integrity of the game when in battle or when casting spells. The Sorcery Game is full of action packed spells, drinks and character items such as your wand, and protective weapons. The game allows players to Cast spells, of which will involve creating fireballs, whippy hurricanes and freezing your enemies. The Graphics with this game are incredible with superb sounds and game play to match, a quite simply Outstanding adventure game that Playstation users should review as soon as possible.

The Sorcery game includes everything you could wish for for this type of Genre, packed with castles, wizards and exciting journey options in this action packed adventure game.

The main character is called Finn, a junior wizard that starts a journey with a talking cat, all that you would expect from a wizard based game, a real joy to play and a game that is set to break record sales within the Adventure game sector. As with most games, the game play is one of the most important elements, of which this game is probably one of the best games we have reviewed in the genre.

We have also compiled a Review System for this, of which the The Sorcery Game is Rated as Five Stars, the highest possible score available from the Game Reviews Team. 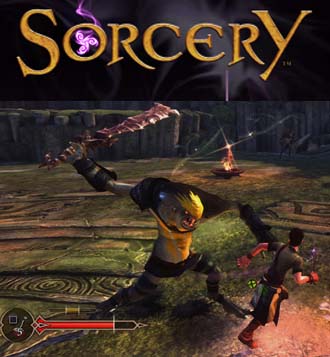 The Official Website for the Sorcery Game is: http://www.sorcery.com/