Splinter Cell Chaos Theory is arguably the best games release from the long running splinter cell series and has won countless awards from many of the worlds leading awarding bodies. I found the game to be highly addictive and extremely entertaining and it has a tremendous amount of graphical detail which really does make the game flow beautifully.

We have also compiled a Review System for this, of which Splinter Cell Chaos Theory is Rated as Five Stars, the highest possible score available from the Game Review Team. 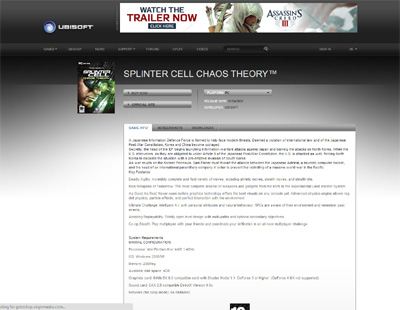