Squinkies 2 for the Nintendo DS is the second edition of the game that has received many great credits since it was first released last year. This new edition is not much different to the first but in many ways it has lost the edge as the first game was interesting and surprising but with this game being so alike you will soon lose interest in my opinion.

We have also compiled a Review System for this, of which Squinkies 2 is Rated as Three Stars, the third highest possible score available from the Game Review Team. 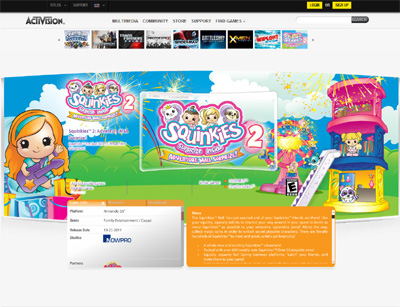