Supreme Commander is an all new futuristic video game which sees players thrust into the hectic world of 3844 and into the middle of a thousand year war. The game uses its cutting edge graphics to portray just how the battle between the warring factions commences. The game is very good in every aspect and I have to say I really enjoyed every minute of playing the game and would definitely look out for the sequel.

We have also compiled a Review System for this, of which Supreme Commander is Rated as Five Stars, the highest possible score available from the Game Review Team. 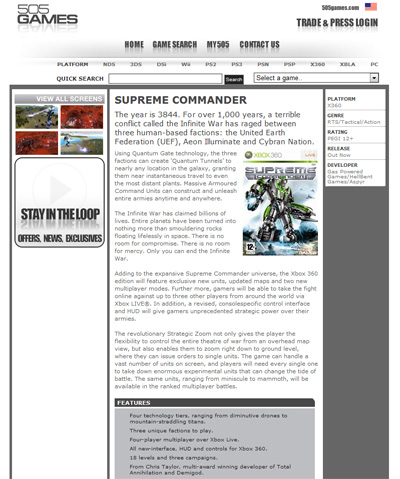