The Beatles Rock Band gives you Beatles fans just what you have been waiting for by allowing you to perform with your heroes as they tour the world. This game is marvellous all round and is extremely addictive in the sense that you can not stop once you have started. This is by far one of the best rock band games I have seen to date and it thoroughly deserves the five stars it has received.

We have also compiled a Review System for this, of which The Beatles Rock Band is Rated as Five Stars, the highest possible score available from the Game Review Team. 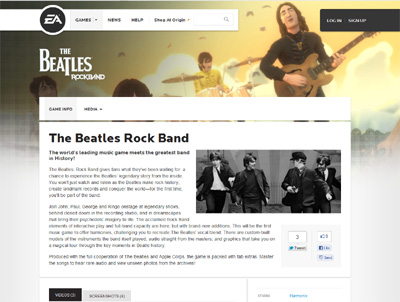 The Website address for The Beatles Rock Band is: http://www.ea.com/the-beatles-rock-band