Tiger Woods 2007 is not the best edition of this long running series in many ways but is still a very good game indeed and was at the forefront of golfing games for the year it was released. The graphics are still very good but the only downfall of this title is the controls of the game as they are not as pin point as the new editions.

We have also compiled a Review System for this, of which Tiger Woods 2007 is Rated as Three Stars, which is a fair score from the Game Review Team. 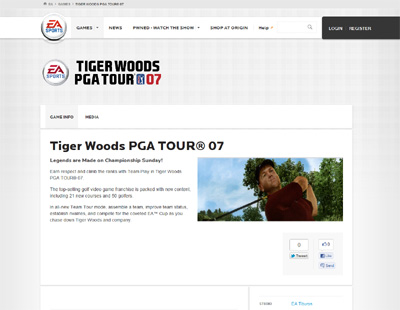