When it comes to tennis based sports games there has never been a series of games as successful as the Virtua Tennis series as all three of the previous games have seen huge success throughout the gaming world and won many awards along the way. Now with the forth edition of this series available we had the chance to put it through its paces as we wanted to give you an honest opinion on just how good the game is.

Right from the word go we were immediately impressed by the way the game runs right from the intros to the game itself as they are all perfect and have been designed beautifully. Players will be able to choose from all the leading tennis players in the world today such as Roger Federer, Andy Murray and Jeremy Chardy among others and lead them all the way to becoming the worlds number one tennis player. There is a huge amount of competitions available for the gamer to participate in from the U.S open to Wimbledon as well as amnay bonus rounds and practice facilities.

The graphics on the game are very well created as you would expect from a game from the team at Sega and run so smoothly you could never imagine it being that good. All of the game play features are stunning as with the previous games and it can be picked up by even the most novice gamer in a matter of minutes and after many hours of reviewing this game we have to say this is by far the best tennis based game we have ever played without a doubt.

We have compiled a Review System for this, of which Virtua Tennis 4 is rated as Five Stars, the highest possible score from the Game Reviews Team. 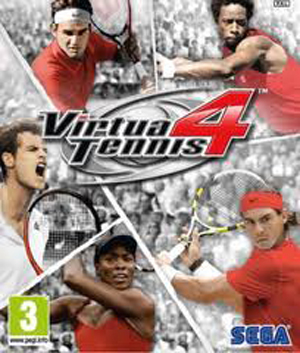