Assassins Creed Brotherhood is a really good edition of this long running and extremely popular gaming series from the team at Ubisoft. The game as its predecessors has only the finest graphics and game play engine as well as a really good and enthralling story line which you will find has you coming back for more again and again.

We have also compiled a Review System for this, of which Assassins Creed Brotherhood is Rated as Five Stars, the highest possible score available from the Game Review Team. 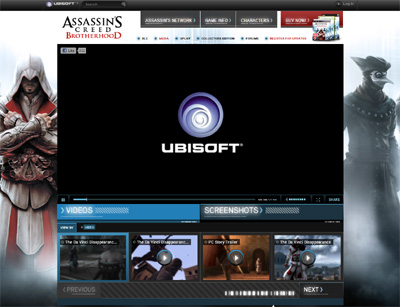