Rise of The Argonauts Game Review:

Rise of The Argonauts is a highly addictive and engrossing adventure game that sees players thrust into the historic world of the ancient Greeks. The game has tremendous graphical content where the have created every single detail to perfection. The game play of the game is fairly good even though I did lose the story after a while but the game is still very good indeed.

We have also compiled a Review System for this, of which Rise of The Argonauts is Rated as Four Stars, the second highest possible score available from the Game Review Team. 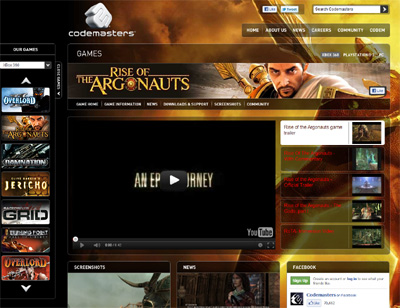 The Website address for Rise of The Argonauts is: http://www.codemasters.com/uk/rota-uk/360/