Battle Fantasia is an all new two player fighting game that follows the suit of many of the worlds biggest games such as Street Fighter and Tekken. The game has ok graphics and game play but is nothing special if I am totally honest but I like it just the same. I did find though the game became slightly boring after a few hours but it was fun while it lasted.

We have also compiled a Review System for this, of which Battle Fantasia is Rated as Three Stars, the third highest possible score available from the Game Review Team. 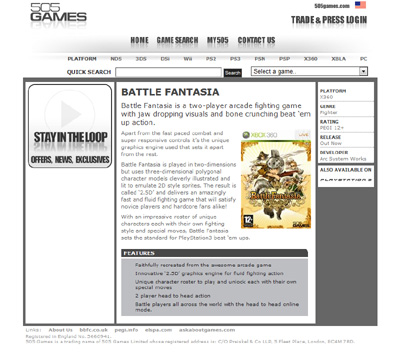