When we first received our copy of Never Winter Nights we were extremely excited as we had heard so many good things about the game as it had a huge build up to its release. The truth about this game though is that we found it extremely disappointing as it failed to deliver us the type of entertainment and excitement that we expect from games of this genre.

We found the story line of the game to be very basic and if we are honest it did not really go anyway and had gaping gaps in the continuity of the game. Game play was another disappointing aspect of the game as right from the word go we found ourselves confused about the controls as they are very complex as well as noticing the story line had major holes in it which left a lot to be desired.

The saving grace of this game which gained it a few points was the graphics as they have been created in a way that provides beautiful visual scenes and eye catching colours. The fact about this game is it could have been so much better if it had been given a little more attention to detail and it is a real shame as the game could have been very good. The Price for this game is Rated as Standard for this type of game.

We have compiled a Review System for this, of which Never Winter Nights is Rated as Three Stars. 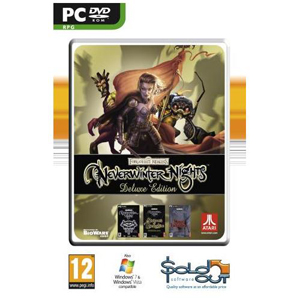