Ben 10 Galactic Racing is a really fun and exciting racing based games that allows players to test their racing skills in many galactic races. The game has reasonably good graphical content and a very good game play engine but in an overall fashion I found it pretty ordinary and I soon became slightly bored after playing the game for a few hours.

We have also compiled a Review System for this, of which Ben 10 Galactic Racing is Rated as Three Stars, the third highest possible score available from the Game Review Team. 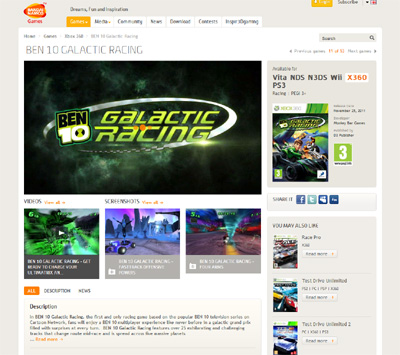 The Website address for Ben 10 Galactic Racing is: http://www.uk.namcobandaigames.eu/product/ben-10-galactic-racing/xbox-360