Bodycount is an all new action adventure shooter game that has received many great comments from gaming critics from around the world. I found the game to be very good indeed and it really showcases the quality graphics that have been put into it and also has one of the most entertaining story lines of any game of its kind. A great all round game which I think many people will enjoy.

We have also compiled a Review System for this, of which Bodycount is Rated as Four Stars, the second highest possible score available from the Game Review Team. 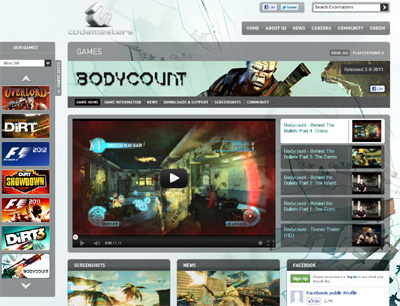