Dragonball Raging Blast on the surface is one of the most exciting games I have played for the past few months but after a short while of play I became increasingly bored. The game does have very good graphics and a interesting story but I found the controls to be quite unresponsive during hectic periods within the game which made me lose interest.

We have also compiled a Review System for this, of which Dragonball Raging Blast is Rated as Three Stars, the third highest possible score available from the Game Review Team. 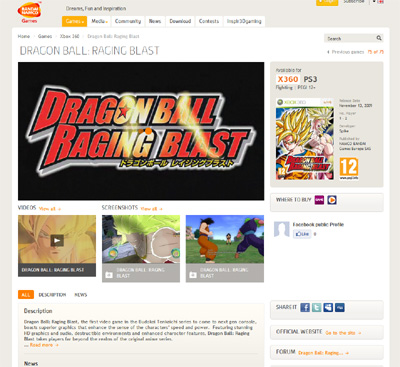 The Website address for Dragonball Raging Blast is: http://www.uk.namcobandaigames.eu/product/dragon-ball-raging-blast/xbox-360