CSI Hard Evidence in my opinion is by far the best game of the whole series as it has the most encompassing story line which really does have you addicted in no time. The game has very good graphics which are really very well detailed and also the game play engine is very good indeed which makes the game even more better by far.

We have also compiled a Review System for this, of which CSI Hard Evidence is Rated as Five Stars, the highest possible score available from the Game Review Team. 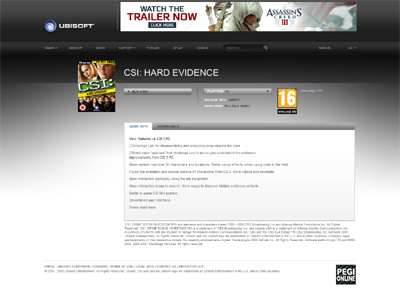