CSI New York is a really good sequel to the original game that has received many great accolades since it was first released onto the market. The game has great graphics which are used brilliantly to depict the captivating story line and it also has one of the best game play engines I have experienced on a game of this kind. Well worth buying.

We have also compiled a Review System for this, of which CSI New York is Rated as Four Stars, the second highest possible score available from the Game Review Team. 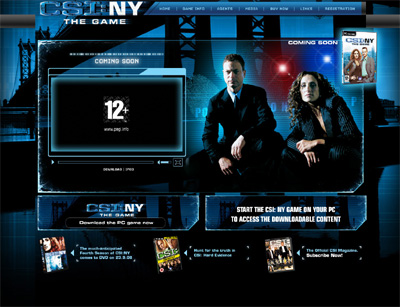 The Website address for CSI New York is: http://csi.uk.ubi.com/ny/