Deponia Limited Edition is an extremely fast paced comedy of errors which encases one of the most interesting and unusual love stories you will find in any game. What this game provides is a game that is set in the world of many different novels such as the series from Terry Pratchett where players will experience one of the most striking stories you will ever experience in any game.

After many hours of playing this game we can tell you truthfully this game is a must for any fan of fantasy role playing games as it is completely riveting and great fun right from the word go. The graphics within the game are well crafted and some of the most realistic we have seen in any game from this genre and are very memorable.

In regards of game play the game is not the best but it does grow on you after a short while and we found it hard to stop playing it once we had started so this more than made up for what the game was lacking in certain areas.

We have compiled a Review System for this, of which is Rated as Five Stars, the highest possible score from the Game Review Team. 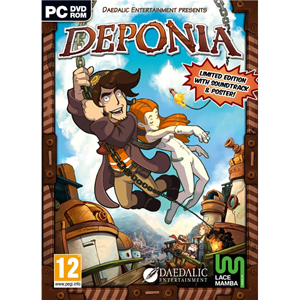