Don King Boxing is a rather interesting and unique boxing game from 2K Games which has received many mixed reviews from critics around the world. I have played this game extensively and found it to be very good indeed and very addictive as myself and a couple of members of the team found out after ten straight hours of game play.

We have also compiled a Review System for this, of which Don King Boxing is Rated as Three Stars, which is an excellent score from the Game Review Team. 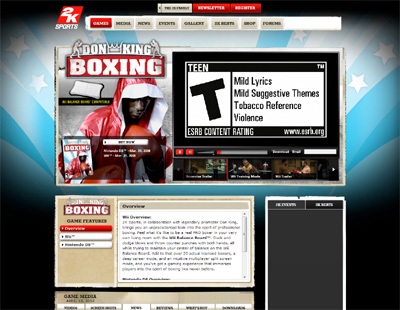