Dragons Lair 3D has become of of the most sought after platform games available for the PC and Mac which has received many great reviews since its release. I found the game to be very addictive indeed and spent countless hours playing it and just could not stop. Its graphics are also very good and also it game play but the story was not perfect but what is.

We have also compiled a Review System for this, of which Dragons Lair 3D is Rated as Four Stars, the second highest possible score available from the Game Review Team. 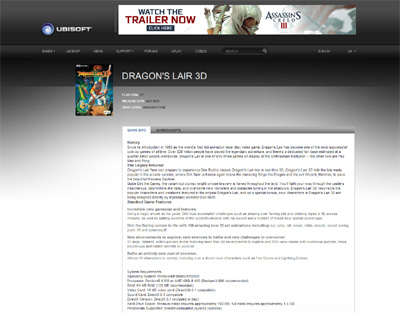