Fight Night Champion is part of the biggest boxing game franchise of all time from leading industry developers EA Sports and it has reached unrivalled heights since its first release. The game is one of the most smooth running editions of the game and features the very best graphical content making the whole experience that much more realistic and addictive.

We have also compiled a Review System for this, of which Fight Night Champion is Rated as Five Stars, the highest possible score available from the Game Review Team. 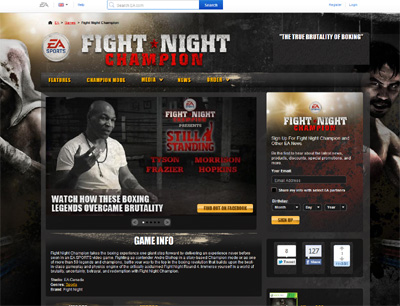 The Website address for Fight Night Champion is: http://www.ea.com/uk/fight-night