Ghost Recon Island Thunder is a highly anticipated new shooter game from the legend that is Tom Clancy and it does not disappoint in any way, shape or form. The game is so addictive that I ended up glued to the screen for days at a time and just could not put it down which is always a great sign for any game. Graphically it is also very good and one of the best of its generation.

We have also compiled a Review System for this, of which Ghost Recon Island Thunder is Rated as Four Stars, the second highest possible score available from the Game Review Team. 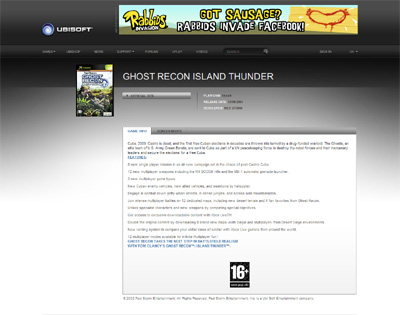