HAWX is a game that I have loved ever since it was first released and have spent countless hours playing it as it is so addictive and playable. The game leads you into guiding your squadron into battle against various enemies as you attempt to rule the skies which may sound easy but when you are playing the game it is much harder than you may think.

We have also compiled a Review System for this, of which HAWX is Rated as Four Stars, the second highest possible score available from the Game Review Team. 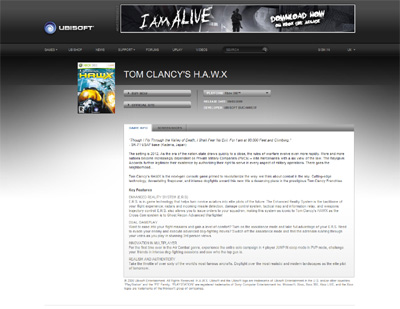