Heroes V Tribes of The East

Heroes V Tribes of The East is an all out magical adventure game from the team at the multi award winning Ubisoft and this title pulls no punches. The game is good in many ways such as its graphics and game play but I found its story line to be quite predictable and easy to read which became a little bit boring after a while but the game is good enough to play.

We have also compiled a Review System for this, of which Heroes V Tribes of The East is Rated as Three Stars, the third highest possible score available from the Game Review Team. 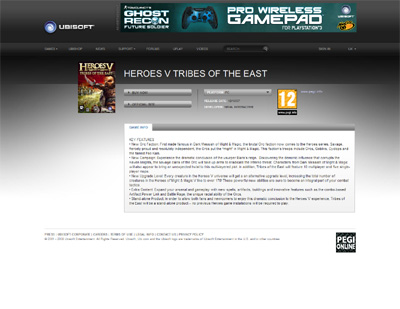