Heroes Over Europe is one of the best flight simulation platform games I have ever come across since I have been reviewing games and it is simply brilliant. The game has the effect of keeping you glued to the television screen for hours on end and before I knew it over ten hours had passed which is always a good sign when playing any game.

We have also compiled a Review System for this, of which Heroes Over Europe is Rated as Four Stars, the second highest possible score available from the Game Review Team. 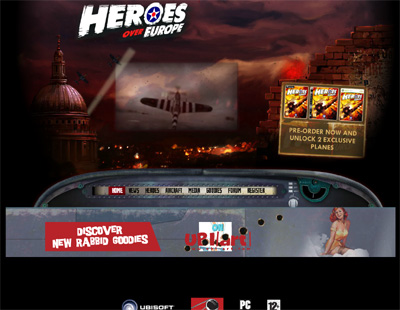 The Website address for Heroes Over Europe is: http://heroesovereurope.uk.ubi.com/