The London underground is one of the busiest sub ground rail networks in the world so taking control of it could seem like a daunting task for any level of gamer. This fact is what makes this game so good overall as players will need to be on the very top of their game if they are to be successful in the game.

The aim of London Underground Simulator is that players are charged with taking full control of the whole underground network where they will need to ensure the smooth running of the trains that run within it to maintain customer satisfaction. All of the twenty seven km of track is created beautifully with stunning graphics which are some of the most realistic we have seen in a simulation game. This in conjunction with highly addictive game play which requires great skill makes this a must for fans of this genre and we have found no better than this and love it completely.

We have compiled a Review System for this, of which is Rated as Four Stars, the second highest possible score from the Games Review Team. 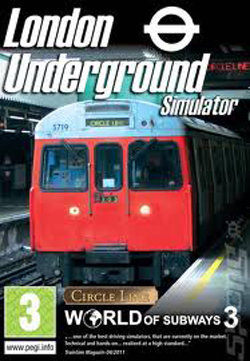