Madden NFL 2012 is by far the best edition of this long running series I have had the pleasure of playing and it really is that good. The game play engine has been much improved making the game that much smoother running which coupled with the state of the art graphics earns this game a ten out of ten from me.

We have also compiled a Review System for this, of which Madden NFL 2012 is Rated as Five Stars, the highest possible score available from the Game Review Team. 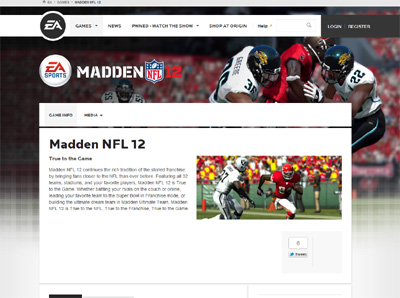