NBA 2K11 is once again a stunning rendition of this world famous and extremely popular basketball video game that has taken the world by storm. The game features all the latest teams and squads as well as enabling players to attempt to win the title in the real life format that is sued in the NBA. Top game with top graphics and game play.

We have also compiled a Review System for this, of which NBA 2K11 is Rated as Four Stars, the second highest possible score available from the Game Review Team. 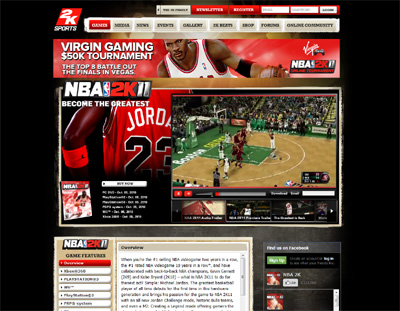