NBA 2K8 features all of your favourite basketball teams and players and is one of the most successful basketball game franchises in the world today. I have played this game extensively over the past few years and it has remained one of my favourite games due to its smooth running graphics and exhilarating game play.

We have also compiled a Review System for this, of which NBA 2K8 is Rated as Four Stars, the second highest possible score available from the Game Review Team. 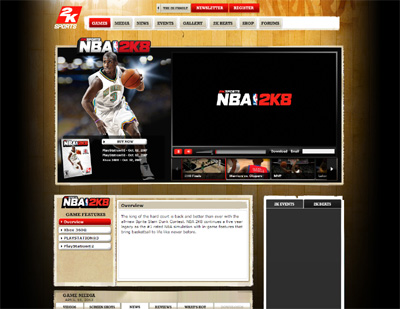