Ninja Gaiden 3 is the all new edition of the extremely popular fighting game series that has been one of the best sellers of the past decade. The game has some of the best graphics for fighting scenes I have ever seen but I found it particularly hard to control which is always off putting but once I had got used to the controls I found the game to be much better and very good indeed.

We have also compiled a Review System for this, of which Ninja Gaiden 3 is Rated as Four Stars, the second highest possible score available from the Game Review Team. 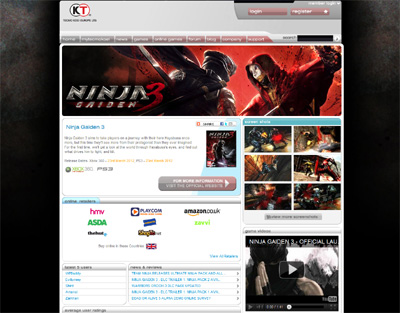