Rapala is the all new game which takes the art of fishing from the open sea to your very own living room in one of the most interesting games of the year. Players will be able to use the innovation of the Xbox Kinect to control themselves within the game as they attempt to catch as many fish as possible to get the highest score. A really good game that is very enjoyable.

We have also compiled a Review System for this, of which Rapala is Rated as Four Stars, the second highest possible score available from the Game Review Team. 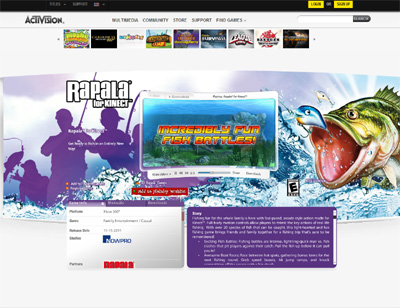