Ace Combat Assault Horizon is the latest edition of the long running project aces game that sees players having to lead their aviation teams into battle against their enemies. The game is average in many ways but still has a really enjoyable feel to it and does have the knack of keeping you engrossed for hours at a time.

We have also compiled a Review System for this, of which Ace Combat Assault Horizon is Rated as Four Stars, the second highest possible score available from the Game Review Team. 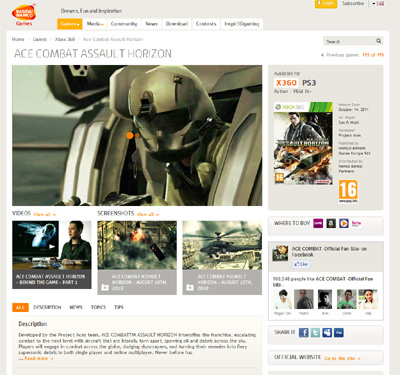 The Website address for Ace Combat Assault Horizon is: http://www.uk.namcobandaigames.eu/product/ace-combat-assault-horizon/xbox-360