Rock Band is the first edition of one of the best selling video games of all time but after playing this game I found it well to be honest quite boring. The game has excellent graphics but the game play and concept just does not do anything for me and I actually turned it off after just over an hour which is a first for me.

We have also compiled a Review System for this, of which Rock Band is Rated as Two Stars, which is a dismal score from the Game Review Team. 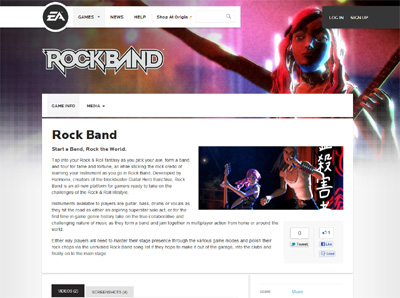