Well what can we say about this absolutely phenomenal racing game as from everything we have seen about this game it looks to be one of the best car racing games ever to be released into the gaming world. This all new edition of the extremely popular and multi award winning Test Drive series of games focuses on the Ferrari cars which have been seen as some of the most luxurious cars ever to be created. Players will be able to choose the Ferrari of their choice and then compete with their car against many of the best Ferrari models ever to be released and we can tell you this looks like great fun from start to finish.

The game has many different race tracks which have been designed to create one of the most realistic racing experience ever and it does just that as we have never seen a game that look so real as this one. Both the graphics and game play look tremendous and offer many different things that we feel will make this game a gobal hit immediately. 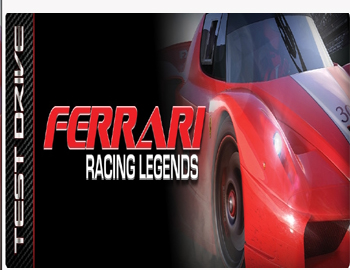 We have compiled a review system, of which Test Drive Ferrari Legends is Rated as Five Stars, The highest possible score from the Games Review Team.

The Website address for Test Drive Ferrari Legends is: http://www.atari.com/FerrariRacingLegends