The fantastic success of the TV Show The Cube has led to the launch on The Cube Game, now you can play this game at home with your family. We have to say that the concept and thought behind developing this game is very impressive and sure to make it into the Top 100 games purchased in the run up to Christmas. The developers Fun Box Media have created a classic TV game emulator, that sports great game play and graphics throughout.

The game challenges are the same as the TV show, so be sure to prepare for a great gaming experience, as if you were there live in the studio playing. The game is set to be launched into the public domain on the 9th November 2012, so make sure you either pre-order or get to your local game shot early on the launch day.

The game consists of 30 games as well as 10 challenges, ensuring that players wont get tired of the game too quickly, although we doubt you will, as this is a fantastic new addition to the gaming world, most especially when playing with friends and family.

We have also compiled a Review System for this, of which The Cube Game is Rated as Five Stars, the highest possible score available from the Game Review Team. 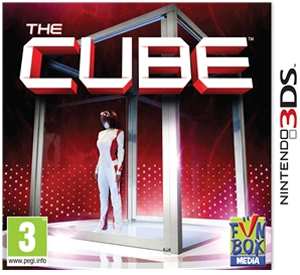 The Direct website for Fun Box Media is: http://www.funboxmedia.co.uk/